Use promotional code
“BACKUP50” to activate
your free account today

Use promotional code
“BACKUP50” to activate
your free account today
Activate yours now!

The women who influenced modern technology

Technological progress has historically been portrayed as a story of men with machines. The efforts of women in technology are all too often reduced to a footnote or, worse, given no mention at all. We have long recognised the names of Babbage, Gates, Jobs and Berners-Lee as pioneers of the pathway from the early computer to today’s world of cloud-based internet ubiquity.

Less familiar have been the achievements of Lovelace, Lamarr or Murray Hopper, to name just a few. Thankfully, times are changing and the world is starting to recognise the work of women who, as much as their male counterparts, have influenced, innovated and evolved the technology that shapes the modern world.

To mark International Women’s Day, we’re taking a retrospective look through the ages to pay tribute to some of these remarkable women, and the work without which our technological landscape just wouldn’t be the same.

It’s not just a man’s world

Creating greater diversity within the tech workspace has been a hot potato for a long-time, and continues to spark debate to this day. Development teams have been traditionally male-dominated and there have been efforts over the past decade to increase the number of women in IT jobs.

But it’s a gender disparity that belies the fact that technology is an industry that has long felt the influence of talented women within its ranks.

A testament perhaps to the fact that female achievement has often gone unnoticed and overshadowed. The history of the internet, for instance, cannot be written without a mention of Radia Perlman.

While we rightly give credit to Tim Berners-Lee for his work in the development of the world wide web (www), it’s Perlman’s work that gave us the Spanning Tree Protocol (STP) which enabled the internet to become a network of such global enormity.

The same can said of Elizabeth Feinler, and the significant role she played in establishing IP addresses, URLs and domains (such as .com) that underpin internet usage to this day.

Women have long played a major part in the development of modern computing and ever-evolving digital technology, contributing heavily to the story of brilliant breakthroughs, ideas and innovations dating back to the Victorian age. 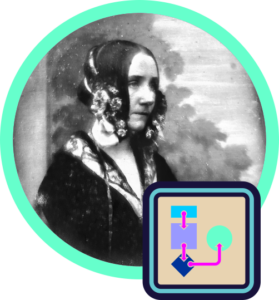 Ada Lovelace is a name that may ring a bell for some, she’s even popped up in a Dr Who episode in recent years. However, the significance of her contribution to developments in technology has historically not received as much credit as is due.

The daughter of the poet, Lord Bryon, Lovelace was a mathematician and a contemporary of noted members of mid-1800s English society. This included Charles Dickens, Michael Faraday and Charles Babbage.

Babbage has become synonymous with the birth of the computer, with his invention, The Difference Engine, usually described as the first of its kind. However, it was Lovelace who first realised its enormous potential.

Where Babbage saw a calculator, Lovelace saw the possibilities of much more. Visualising a device with the ability to read instructions, she was the first person to write a computer algorithm, laying the foundations of computer programming and software development that had led us to the digital world of today and the AI possibilities of tomorrow. 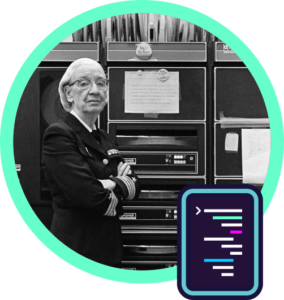 Building upon the work of Lovelace in the previous century, Grace Murray Hopper’s exploits are now recognised as major stepping stones for computer software development. A Rear Admiral in the US Navy and a doctor of Mathematics from Yale University, Hopper was a pioneer of early computer programming and played a key part in the development of the COBOL computer software.

COBOL was a revolutionary step for computing. Written using the English language instead of numbers, based upon Hopper’s own suggestions, it quickly became a programme used on a mass scale and represented a significant leap forward in data processing. Hopper’s work at the outset of software development cannot be overstated. COBOL itself continued to be used, albeit with less frequency, into the twenty-first century. It would prove to be a vital step along the road towards a future world where software rather than hardware would become the technological driver. It was a key breakthrough on the way to the kind of software as a service (SaaS) models that dominate the way we work and operate in the 2020s. 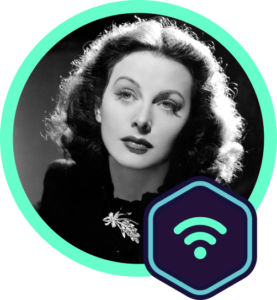 Signed as an actress by Louis B. Mayer, famed head of MGM studios, in 1937, Lamarr came to global prominence as a major Hollywood star of the 1940s. “The world’s most beautiful woman,” as Mayer once described her, was globally known for her exploits on screen, working alongside some of the biggest names of the era, like James Stewart and Clark Gable. The world saw the film star, a persona created by a male-dominated Hollywood and a film industry that dealt in image alone. What few people realised was the pivotal role she played in developing technology that would underpin advances in wireless communication for generations to come. An amateur inventor, Lamarr’s first forays began in the early years of World War Two with, of all things, torpedoes. These relatively new weapons had a tendency to be knocked off-course by the ‘jamming’ of their signals. Lamarr devised the idea of a radio-controlled torpedo. Working alongside her friend, composer George Antheil, she developed a new ‘frequencyhopping’ signal that couldn’t be jammed, helping stabilise the course of the weapon.

It was an early example of spread-spectrum technology. Creating signals across a wide bandwidth, it has long been the cornerstone of Bluetooth technology and an integral part of the birth of Wi-Fi. With these first steps, the path was set for the exponential development of the ultra-fast Wi-Fi connections we enjoy today. 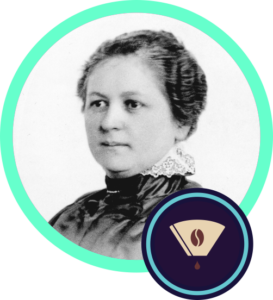 The pathway from that early computer to today’s smartphone comes, in no small part, from the innovation of Ada Lovelace, Grace Murray Hopper and Hedy Lamarr. Or, from Perlman and Feinler’s work in bringing the internet into our homes, our work, our phones, and even our lightbulbs and appliances. Not only from seeing the potential that computers could have, but then setting that potential in motion, helping to develop programmes and software, or developing the means with which to communicate and build the networks needed for global digital use.

And, indeed from Melitta Bentz, another unsung hero in this ongoing journey of technological magic. For it was Benz, born in Germany in 1873, whose ingenuity led to the invention of the coffee filter in 1908. Thus, ensuring a future world with widespread access to the caffeine-enhanced fuel that truly keeps the tech world operating.The coffee filter was born through a combination of her own experiences as a housewife, her ingenuity to find a solution from readily accessible materials and the drive to transform this new creation into an industrial operation. Within two years her invention was an award-winner. Within two decades it was a household name.

Bentz’ work demonstrates the way in which women, as well as men, have shaped technological and industrial progress through the ages. For while her name was made thanks to the humble coffee filter, her legacy is further founded by the social care offered to her workforce, from the ‘Melitta Aid’ system to Christmas bonuses and an increase in paid holidays.

We live in a world of ever more intuitive technology that seeps into every fabric of our lives. It is upon the efforts, genius and skills of extraordinary people that we’ve reached this place. And, while the men have long had their name in lights within this story, it’s an incomplete picture without recognising the contributions from some remarkable women. Innovative and visionary women, from different countries, different backgrounds and different generations. Making their mark, and deserving of their recognition.

If you’d like to find out more about how Clouvider are helping shape today’s tech so that your business reach its potential, contact us today.

To celebrate Women’s Day 2021 we are also giving 8% off all dedicated servers with the promotional code “WOMENSDAY21”.

Sources:
Ada Lovelace aka Augusta Ada Byron-1843 or 1850 a rare daguerreotype by Antoine Claudet.
Picture taken in his studio probably near Regents Park in London